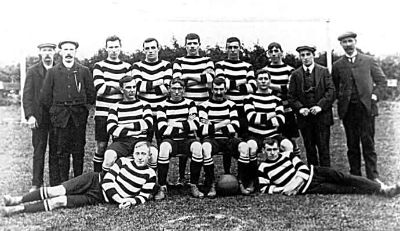 Football began in Eaglesham in the early part of the 20th century with the activities of the side at Junior level. This photograph was taken around 1912 on the original playing fields where the manse now stands. It was only later that the team moved to the Burnside. Eaglesham Amateurs came to being from this team in 1926. 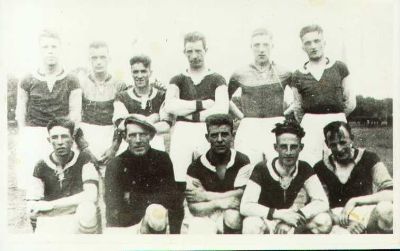 Although this picture was not taken at the time of the match it is the basis of the team that won the Newlandsfield and District Cup in 1932 under the coaching of a certain John Roy Inglis the Great Grandfather of our current player Steven Inglis. 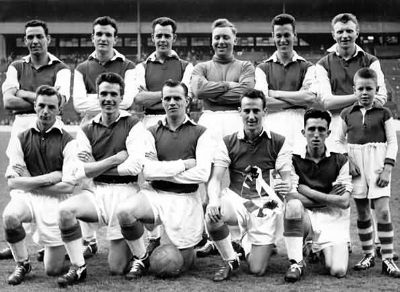 This is the team that won the 1953 Coronation Cup at Hampden Park. The mascot for this match was none other than George McIntyre, father of our present top goalscorer Scott. The player next to “young” George is John Malone who can be seen below scoring in the famous Hampden goals before they became a feature in Rod Stewart’s garden. 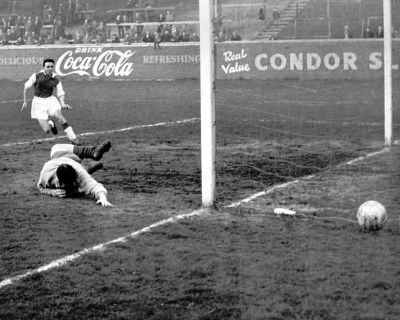 Runners up in SAFL League Cup 2000 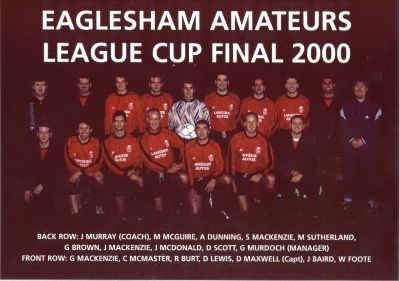 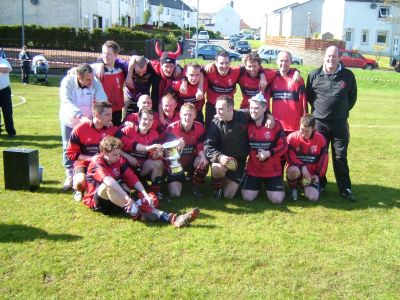 Runners up in SAFL League Cup 2006

Special thanks to Angus Gillies of www.eaglesham.com , Martin Hamilton and Carol Inglis for many of the images and information contained on this page.

Anyone who has further information or photographs relating to the history of Eaglesham and could forward details I’d be very grateful. Please go to the Contact Form and select General as the Category.